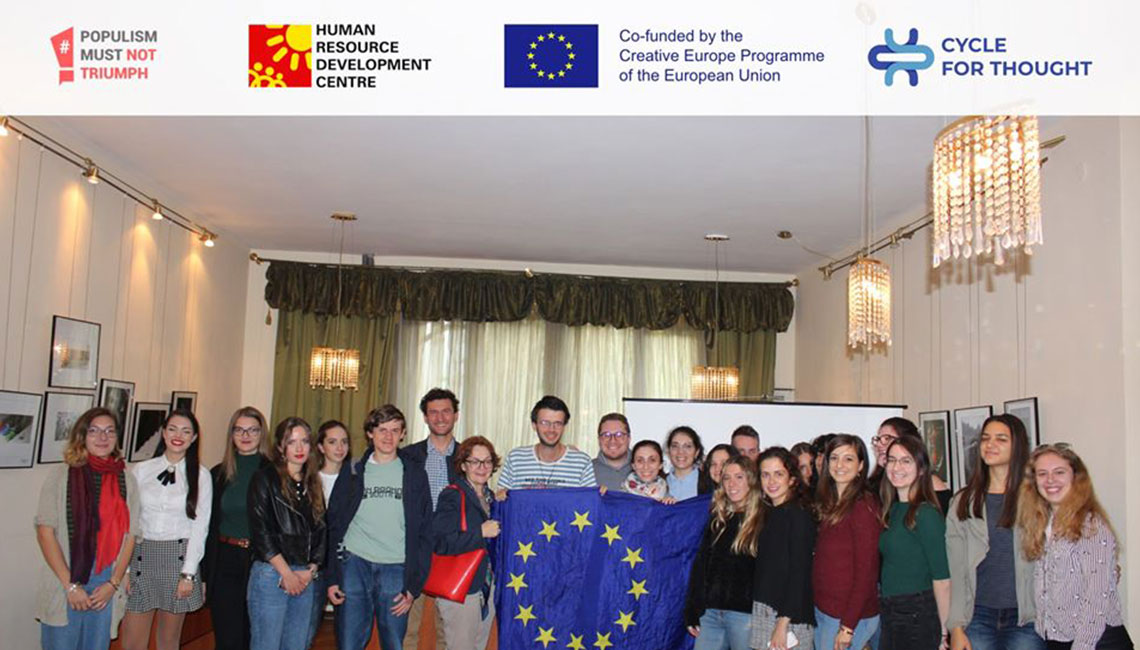 Immediately after the third Transnational Meeting, a third seminar was organized on the topic "BRECKIT" between 25.10.2019 (day of arrival) and 31.10.2019 (day of departure).

The event was organized and secured. The lessons learned from the project took place and the participants gained in-depth knowledge of the topic of BRECKIT.

6 participants from Spain, 6 from Italy and 6 from Bulgaria were selected.

The selection was in accordance with the rules laid down at the transnational meeting.

Following the selection, a Facebook communication group was set up and an infopack containing all the necessary information was prepared and presented.

The workshop was held within 5 days, and 2 days for arrival and departure as projected, with different activities.

Another part was related to theoretical background and academic reading of the prerequisites for BRECKIT.

Third, participants were placed in simulation environments where they had to debate and argue over a problem with arguments, but defending different viewpoints.

Many of the activities were related to non-formal education. During the seminar lectures - Assoc. Prof. Dr. Rumyana Kolarova, a member of the Department of Political Science at Sofia University and a former Minister of Education and Science, who delivered a lecture on the topic: "BREXIT".

We have partnered with the Department of Political Science at Sofia University.

In this regard, the participants participated in a conference titled "THE EUROPEAN UNION WITH NEW EUROPEAN PARLIAMENT - THE ROAD AHEAD".

Some of the speakers at the conference were:

2) Prof. Kaloyan Simeonov - Head of the Department of European Studies at Sofia University;

3) Prof. Svetoslav Malinov Head of the Department of Political Science at Sofia University;

The topic of BREXIT was addressed during the conference in the context of the political framework in the European Union.